If you're like many people who took a glance at the recent solar eclipse, you may be wondering if you caused any permanent damage to your eyes. Glancing too often or too long at the sun could damage your retina and severely affect your vision. However, how and when the damage becomes apparent my surprise you. Here are five things you should know about the sun and your eyes:

The Damage Doesn't Show Up Quickly

Damage to the retina can take up to 12 hours or more to show its effects, so you won't notice anything right away. If you had looked at the eclipse unprotected, then you would probably not have noticed a problem until you woke up the next day. However, it is possible for the damage to not show up until several weeks later, though this is rare.

You Won't Feel Any Pain

The retina has no pain receptors, so pain is not a good indicator of sun damage to the eyes. If you have a headache the next day after the eclipse, it's probably not because you damaged your eyes. It's more likely the pain around your eyes is from using those muscles for squinting or straining.

Your Center Vision Will Be Most Affected

The retina primarily controls your central vision. You will likely see a blurry or dark spot right in the middle of the eye while your side vision will be fine. Your color vision may also be off as well and you may be more sensitive to light. This is known as "solar retinopathy."

Though the sun can cause serious problems, there is a chance that your eyes could heal, especially if the damage is limited. However, it's not guaranteed and your vision could still remain permanently affected in some way.

You May Still Be OK

It's never recommended to look at the sun even for a second, but chances are that if you took a brief glance, you may be OK. The same is likely if you only looked through a display on a camera or smartphone because you're not getting the radiation directly.

Looking at the sun without the proper protection is never a good idea as you can cause serious damage to your retinas. Even if you don't look directly at the sun, your eyes could still be affected by the ultraviolet light and cause damage such as cataracts down the road. Anytime you have blurriness, dark spots, or distorted vision, see an eye doctor right away. Be sure to have your eyes dilated to check for retinal damage. The optometrist and optician can help you compensate for any damage and protect your eyes so that they can heal. 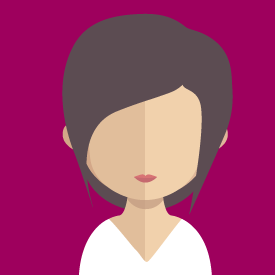 My sweet spouse absolutely loves the great outdoors. Whenever he has free time, he usually spends it doing something outside. Do you go outdoors a lot? Consider investing in a quality pair of sunglasses. Wearing prescription sunglasses is important if you suffer from an eye condition such as glaucoma, diabetic retinopathy, cataracts, dry eye syndrome, nearsightedness, or farsightedness. Prescription sunglasses are available in numerous colors, styles, and sizes. Why settle on just one pair? Think about buying several. On this blog, I hope you will discover the amazing benefits of securing a pair of prescription sunglasses before the start of summer.